Empowering The Future Of Social Media and Decentralised Media on Blockchain

With round one of investment successfully closed and opened for round 2, VEME is a blockchain enabled XR (Extended Reality) social networking app built to bridge your device and the world in ways never before imagined. Most creators on social media struggle to monetize their content. VEME’s advanced algorithm ensures that centralised social media platforms no longer keep us in filter bubbles of perception and sell our data to the highest bidder.

To know more about this revolution, check their official website

I have been associated with VEME since its inception in 2016 as part of engineering team at Appinventiv. Originally not aimed for blockchain, the project has gone through various layers of iterations in the past. However with each update, our vision on how this product can cater to solve real world problems got clearer and clearer.

Cut short to 2018 and I find myself now a part of a global team sitting in Vancouver, India and US working together to bring a shared vision to life. One of the challenges working on this product was collaborating successfully across different time zones from remote locations. I had the chance to collaborate with designers Iris Zoski (onboarded for VEME’s branding) and Yash Parker (onboarded as gamification & behavioral psychology expert) to name a few.

However the elephant in the room was breaking moulds and bringing together a feature set (scheduled and released in a planned manner) that sets the tone straight for centralised social media apps. This is the approach I adopted to get that elephant out.

Reworking a problem statement over and over again was no fun (until blockchain happened!)

As mentioned earlier, VEME started back in 2016 with an aim to provide a platform to create and curate video memes. Though the idea was novice, as there was no dedicated social media platforms to do this; it wasn’t really something that could not be achieved in other approachable ways. Over and over again we found ourselves stuck in cycle of relaunching the app and then getting back to the drawing board to make it better than the earlier release.

A paradigm shift happened when we realised that this idea can shape the future of social media platforms if developed on blockchain. Together as a team we sat to discuss a long term vision that would unfold itself over the course of time.

The very first thing we did was we asked ourselves - Why VEME?

To understand how users interacted with video content, me and my team digged deep, conducted surveys and found out some interesting stats:

Although there are growing number of apps to browse and curate video content, only a few were long terms success. But each of these apps catered to a different business need. So the first thing we started in order to finalise our business model was a thorough competitive analysis. 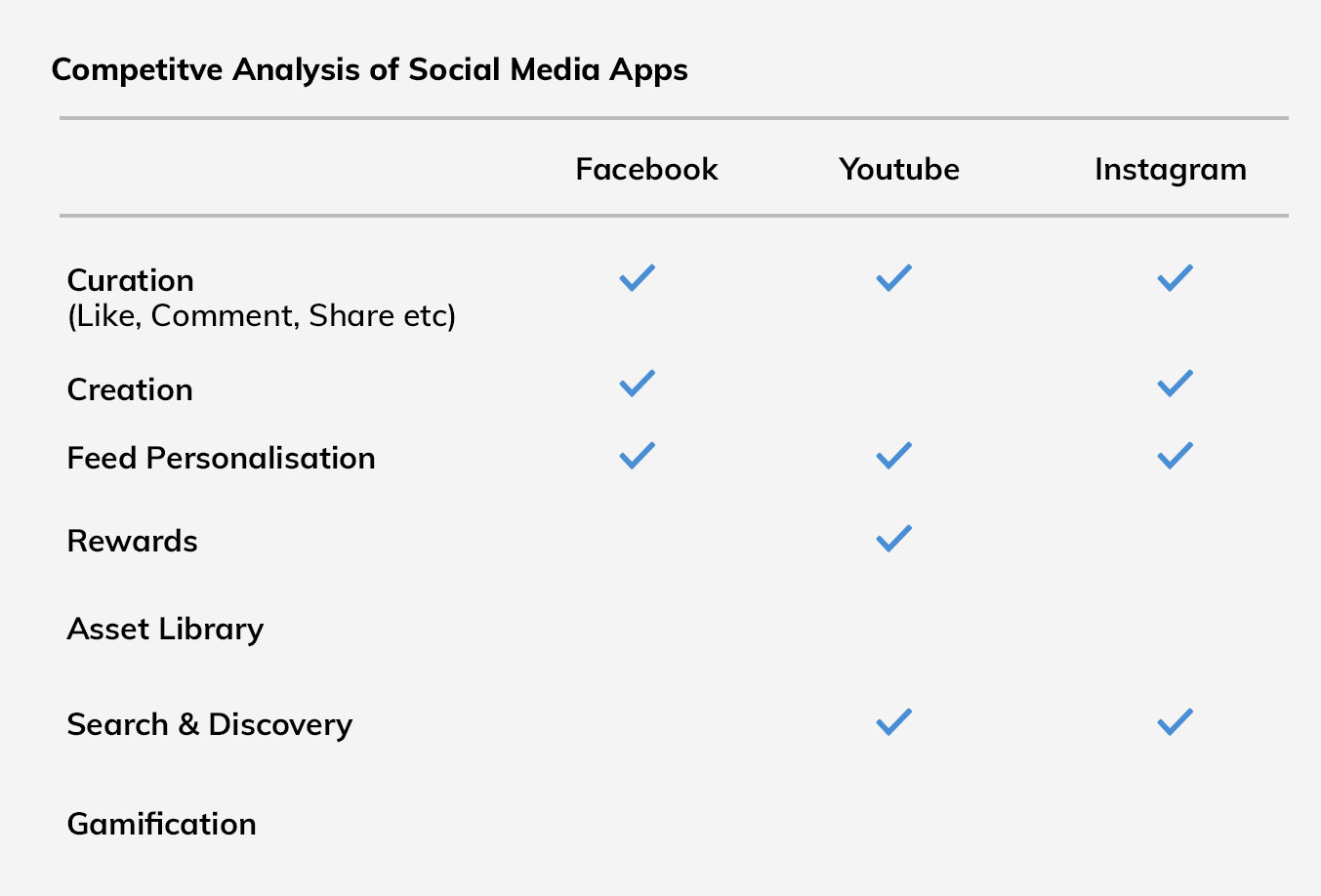 The next step was building a task matrix within VEME of all the functionalities the product was going to provide. This helped us in understanding how scalable each module needs to be. 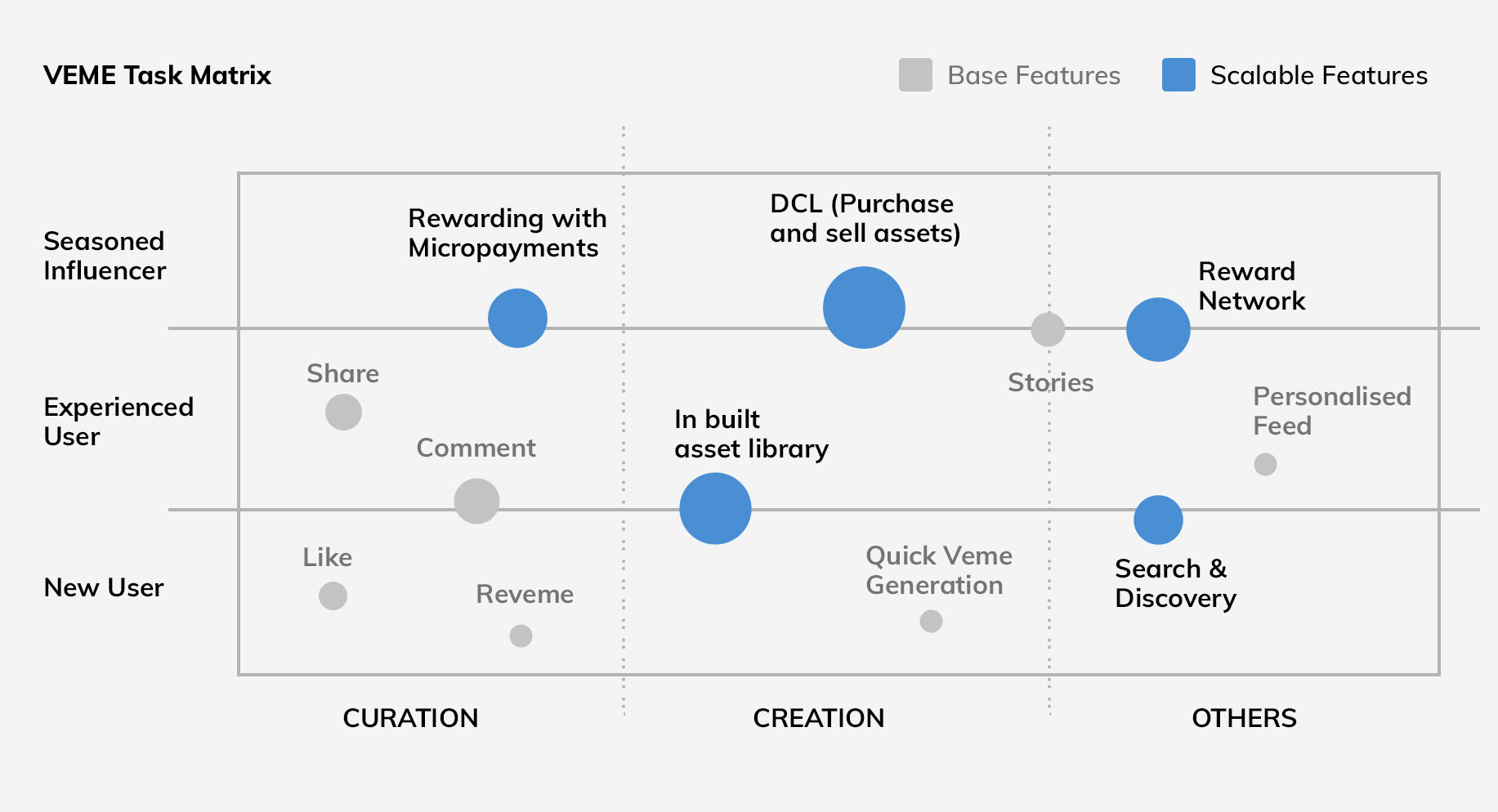 From this exercise, I was able to conclude:

From Prototyping to Design

Before starting on prototype, I worked on few concept sketches. I shared them with fellow designers and developers in our team for design critiques and feedback. Based on the feedback, I worked on the final set of wireframes and ran it through our clients for a comprehensive feedback.

Stages of design. Before final UI design were drafted we covered everything on planning stage itself to reduce iterations. Everything from paper prototypes to low fidelty mockups in balsamiq & prototyping in invision.

Swati is an incredible UI designer, team lead, and strategist.. Feel lucky to work with her and to have her as a lead creative on our project. 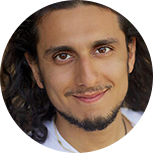 I have been very fond of VEME. During the course of this project, I have been introduced to number of new concepts, strategies that continued to excite me. For instance, the right gamification elements can take you a long way. I was relatively new to gamification but with an expert on team, it helped me to understand how game mechanics can be emoployed in a non game like environment like this to boost user’s participation

Also collaboration was a key to ensure things run smoothly. I have been part of few agile teams in the past but I never really got to appreciate the value of working in sprints until I was working with this international team